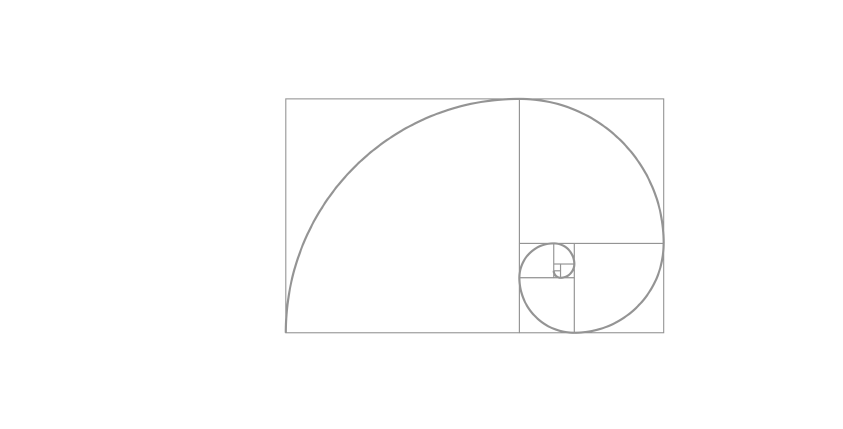 There’s a common mathematical ratio found in nature that can be used to create pleasing, natural looking compositions in your design work. We call it the Golden Ratio, although it’s also known as the Golden Mean, The Golden Section, or the Greek letter phi.

Approximately equal to a 1:1.61 ratio, the Golden Ratio can be illustrated using a Golden Rectangle: a large rectangle consisting of a square (with sides equal in length to the shortest length of the rectangle) and a smaller rectangle. If you remove this square from the rectangle, you’ll be left with another, smaller Golden Rectangle. This could continue infinitely, like Fibonacci numbers – which work in reverse. (Adding a square equal to the length of the longest side of the rectangle gets you increasingly closer to a Golden Rectangle and the Golden Ratio.) There are also numerous examples of the Golden Ratio in nature – you can observe it all around you. Flowers, sea shells, pineapples and even honeycombs all exhibit the same principle ratio in their makeup. The human body represents and exhibits perfect proportionality in terms of the golden section. Even the DNA molecule, the program for all life, is based on the golden section.  It measures 34 angstroms long by 21 angstroms wide for each full cycle of its double helix spiral.